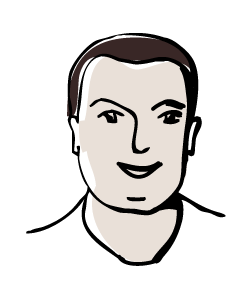 When I started thinking more seriously about heading into the professional realm, I realized that I needed to update my jewelry. I had been wearing fun costume jewelry for years, but it wasn't resonating with the people that I worked with or my clients. It was really frustrating, so I decided to head shopping to update my collection. It was amazing to see how big of a difference a nice new necklace and some conservative earrings made. This website is all about finding great jewelry that fits within your budget and your wardrobe. Check out this blog for more information.

Planning To Give Your Spouse A Ring For Your Wedding Anniversary? Here Are 4 Ways That Anniversary Rings Can Be Worn

A ring makes a great gift for a wedding anniversary, and it's a particularly memorable way of commemorating milestone anniversaries such as the 10th or 25th anniversary. Unlike engagement rings, there are few strict rules surrounding anniversary rings—you can give a ring to your spouse as a gift on any anniversary that you wish, and your spouse is not limited to wearing the ring on the ring finger or his or her left hand.

1. Wear the Anniversary Ring Alongside the Engagement Ring or Wedding Band

If your spouse frequently wears his or her engagement ring, choosing a suitable anniversary ring can be challenging—you need to select one that doesn't clash with either the wedding band or the engagement ring.

You have two options: you can either choose a ring that matches the wedding band and engagement ring or choose a ring that perfectly contrasts them. Matching rings should be inset with diamond and should be made out of the same metal as the wedding band and engagement ring. Contrasting rings should be made out of a different metal and should be inset with a striking precious gemstone such as emerald or ruby.

Some couples use their anniversaries as a reason to replace their engagement ring with a flashier, more expensive one. This may be a good option for you if your finances were tight when you got married—you now have the chance to give your spouse the engagement ring of his or her dreams that you were previously unable to afford.

If you decide to go this route for your anniversary ring, it's best to stay with traditional styles, such as choosing either a solitaire diamond or trinity diamond setting. This can limit your options compared to other methods of wearing an anniversary ring.

A milestone anniversary is an excellent time for you and your spouse to renew your wedding vows, and replacing your current bands with anniversary bands is a great way to commemorate the occasion.

4. Wear the Anniversary Ring on the Right Hand

Finally, your spouse can simply choose to wear the anniversary ring on his or her right hand. This gives you the greatest amount of choice when selecting a ring—there's no need to match the new ring with your engagement ring or your wedding band.

The freedom of choice allows you to select a style of ring that's significant to your marriage—for example, you may wish to choose a ring inset with the birthstones of your children or the birthstone of your spouse.

Above all, keep in mind that the anniversary ring that you purchase should be high-quality. Not only is the ring an important anniversary gift but it will also be worn frequently—it needs to be durable enough to stand up to the scuffs and scratches it will experience from day-to-day wear.